This piece which is Eickhorn marked, I believe are commemorative pieces given or sold as souvenirs for hunt clubs as this one depicts the traditional DJ stag with the swaz between the horns, with the Goring signature given his position as Grand Hunt Master. On one side there is also a picture of a hunt scene of dogs taking down a wild boar and then the interlocking swazs that go around the base where the pole would fit into it. There has been speculation that these were not period done. I do feel that they were but nothing more than basically for lack of a better term, souvenir pieces. 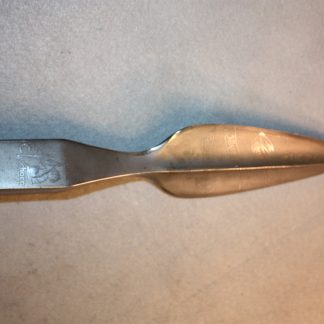